The entire Firebase team was at AngelHack (silicon valley edition), hosted at the PayPal headquarters (a wonderful venue) in San Jose last weekend, and we had a blast! The event was well attended - we had printed over 400 beta invites and ran out in only an hour (we emailed codes to those who needed them later through the day). The morning of the first day was mostly used to let people recruit participants, organize teams and their ideas. We also had presentations by each of the sponsors (including Firebase), highlighting what they offered and how they could help everyone build their hacks.

We setup our (nice looking, I might add) booth and had some of the crew head out and offer help to all the teams, who were just getting started with some early ideas and designs. Later in the evening, we conducted a breakout session to answer questions and help everyone who had decided to use Firebase for their hack. Andrew Lee, our co-founder, stayed at the venue overnight to continue helping! 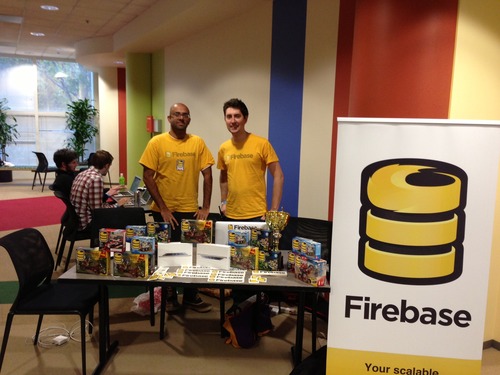 There were 85 hacks submitted to hackathon.io (a platform for organizing great hackathons, powered by Firebase!) at the end of the 2-day event. After all the teams got a chance to present, 4 were picked as finalists to go on to the next round, including Rohan Pai who built an amazing tool called FireMap that uses Firebase to generate real-time heatmaps for any website so you can observe your user's behavior. Congratulations Rohan! 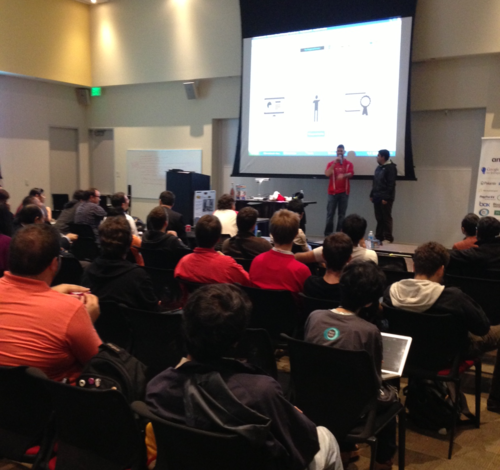 Of the 85 submissions, 57 teams used one or more APIs to help build their hack. We're very proud that 25 teams ended up using Firebase to power some aspect of their hack, making us the #1 API used at the hackathon! As a token of our appreciation, every team that used Firebase received a fun lego set, and the top two teams both got an iPad mini each. 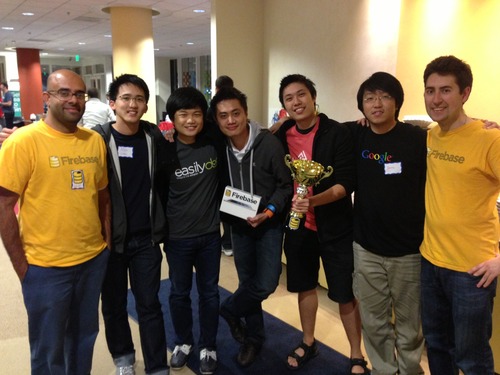 The first iPad went to the Reboxed team (along with a glamorous trophy), who built a very useful hack that lets you re-purpose your old phone to act as a sensor, so that you can, for example, attach a smoke detector and setup an alert that will send you an SMS or an email. 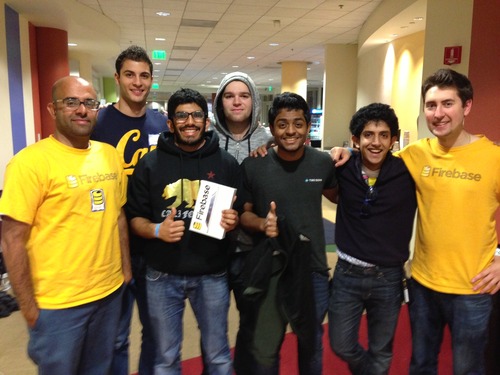 The second iPad went to the LevelUp team, who made a great a fitness app that acts as your personal trainer, suggesting exercises and motivating you to do more of them!

Filepicker.io, KeenIO, and Singly were some of the other popular APIs being used by the hackathon participants. API providers are certainly gaining wider adoption amongst the developer community, especially at a hackathon, where using something like Firebase lets you focus on what's really important - your product - instead of having to worry about the not-so-easy task of building a back-end to power it.

We had a great time, and are already looking forward to our next event!