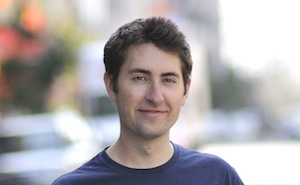 You've likely already heard that Parse will be shutting down. It brings us no joy in seeing them close their doors. While Parse was a competitor, they were also a part of the developer tools community and ecosystem. We were both working towards a common goal: empowering developers to create great apps.

I'm writing this post to reassure current and future Firebase developers that we are working full steam ahead on realizing that goal.

Firebase joined Google fifteen months ago, and the experience has been fantastic. We've had a chance to work closely with many products inside Google Cloud and across the company with teams like Play. We're in the process of moving our account system to Google accounts so we can deeply integrate with Google's family of developer products.

These are just a few examples.

For those of you who have asked about migration from Parse Core to the Firebase Realtime Database: there isn't currently an easy migration path. The data models and APIs are quite different. We recommend moving to Google Cloud by running Parse's server on App Engine. To do so, follow this guide.

Though we're sad to see Parse shut down, it does not change our roadmap. Firebase and Google are committed to radically changing how app development is done, and we're working hard towards that goal.

We have big plans for the future.