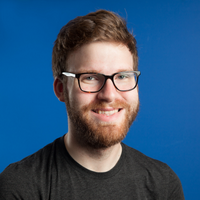 Building a great game is tough. You have to make it easy to pick up, challenging, a little bit addicting, and, of course, fun. Not to mention the technical effort involved in designing all the infrastructure that will power your blockbuster game. Our goal with Firebase is to take care of that last piece, so that you can focus on all of the elements that make your game unique.

At Google I/O this year, we decided to put our platform to the test and build a game with Firebase. The result was AppShip3000 and we're pretty happy with how it turned out.

AppShip3000 is a 3 person, collaborative, rocketship-flying, trivia game. The players work together to control a rocket ship that is flying upwards and quickly running out of fuel. Asteroids rain down from the top of the screen, while the crew answers Firebase and Google Cloud trivia to reach higher heights.

The catch is that players can only see either the question or one of the multiple choice answers, never both. They have to talk (or yell) to each other to figure out which player has the right answer before time runs out. Similarly, one player sees asteroids before the others and has to shout out where they'll be, so the entire team can move the rocket. All players have to move the joystick in that same direction to successfully avoid losing fuel from an asteroid collision.

Now, let's take a look at how Firebase powers AppShip3000. First off, we use Firebase Authentication for the sign-in experience. A player opens a progressive web app (PWA) on her phone and logs in using her Google account. Creation of an account is an Authentication Trigger for a Cloud Function that generates a custom button sequence (or launch code). This launch code is used to associate the account with the game controller for the duration of the game, so that when the game finishes, all stats are automatically associated with her account.

The finished product at Google I/O 2017!

When a game finishes, Realtime Database is used to immediately update the leaderboard in the PWA. At I/O, we also had giant screens reflecting the leaderboards. Realtime Database is also used to manage the trivia questions in the game. This allows for on-the-fly updates to questions that can be written after one game and pushed to production in time for the next game.

We also generate an image of the rocket's flight path after each game and store it in Cloud Storage for Firebase. This action triggers another Cloud Function that sends a notification to the player, using Firebase Cloud Messaging. The notification lets the player know about the souvenir image and prompts her to share it with friends.

We had a blast building AppShip3000. Using Firebase to handle most of the infrastructure allowed us to focus on building a unique game that (we think) turned out to be a lot of fun to play. If you're interested in using Firebase in your own game, check our our C++ and Unity documentation. And to learn more about how Firebase and Google Cloud were used to manage the data pipeline of AppShip3000, check out our I/O talk. Can't wait to see what you build!