End of the Year Recap Extravaganza!

Whoa! Is it the end of the year already? It looks like 2018 will be upon us before you know it; but I'm sure like most of you, it's going to take me three months before I remember to stop writing 1513684800 on all of my timestamps.

Looking back at 2017, I can say it's been an exciting year for all of us here in Firebase land. We launched a whole boatload of new features, attended dozens of conferences, welcomed several dozen new team members, met hundreds and hundreds of developers from all over the world, and had one crazy dance party.

I don't know if any year could have topped everything we accomplished in 2016 in terms of new features, but 2017 certainly gave it a run for its money. Here's a quick overview of just some of the great new products we released over the past year.

We released the beta version of Cloud Functions for Firebase, which lets you run server-side code in response to changes that happen within your app. I know the team who worked on this was very excited to see it launch, and this really helps us realize the whole "serverless computing" vision that Firebase has been working towards for the last several years.

For all you game developers out there, the C++ and Unity SDKs graduated from Beta to official General Availability status. Woo hoo!

We also announced support for games for Firebase Test Lab for Android, so you can help squash a few more bugs before your game hits the Play Store.

Over in the world of Analytics, we released StreamView and DebugView to all of our developers, along with the ability to create reports for custom parameters, and worked closely with the AdMob team to help you see important data about your ad revenue directly within the Analytics console.

We made several dozen new best friends in San Francisco and Cambridge by joining forces with the Fabric team.

This has resulted in some nice improvements to Firebase, including adding Crashlytics to the Firebase Console, and creating some new reports for the Analytics dashboard. We were also able to add Phone Authentication for Firebase, which allows your users to sign in to your app through a simple text message.

We began the process of open sourcing many of our client and server SDKs. We also released the Admin SDK for Go, for all of you Go fans out there (who, if they're not calling themselves Goficionados, are missing out on a golden opportunity here1).

We announced Firebase Performance Monitoring, so you can make sure your app is performing well out in the real world, not just at work with your fancy office wifi.

We introduced Cloud Firestore to the world, our highly scalable document database in the cloud. Cloud Firestore contains many of the same features that made the original Realtime Database successful, along with a number of improvements -- including a more sophisticated querying language, shallow queries, and a number of scalability improvements on the backend.

We added platform specific overrides to Firebase Cloud Messaging, so you can customize messages for your iOS, Android, or web users while still writing one single call to the FCM service.

To help you make smarter and more data-driven decisions around your app, we announced the beta version of Firebase A/B testing. This feature, in conjunction with Remote Config and Notifications, allows you to A/B test both app features and push notifications, so you can drive growth in the metrics that matter to your team.

And what Google product would be complete without machine learning? Just a few months ago, we announced Firebase Predictions. Predictions allows you to create dynamic groups of users who are predicted to churn, spend money in your app, or trigger special conversion events, so you can deliver unique experiences just to them, either through Firebase Remote Config or Notifications.

Phew! That was a lot! And while all of these new features and product announcements are great, 2017 wasn't just about new launching new products; it was about meeting all of you, too!

Some of our favorite moments came from attending developer events around the world. For a lot of our product team, getting the chance to meet with real developers, hear about how they were using Firebase, and all of their experiences, both good and bad, was thrilling and educational.

The Firebase team went to over 136 events in over 120 countries all around the world. And this included everywhere from Kuala Lumpur to New York City... 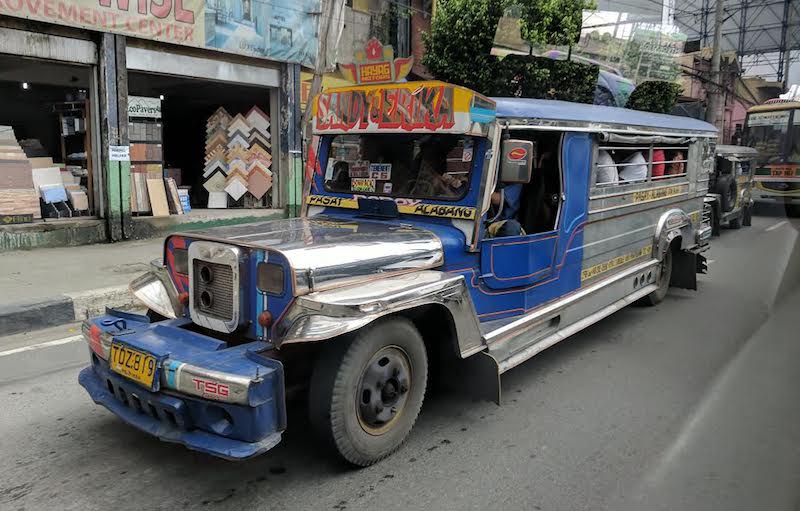 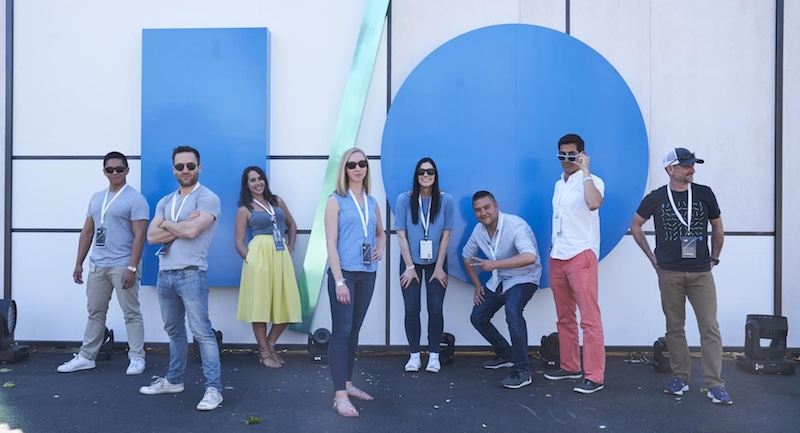 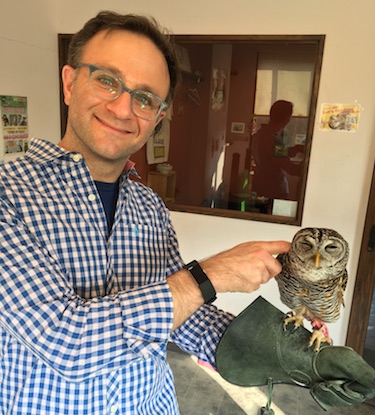 Yes, I still have all my fingers

...to Washington DC2, to, of course, our big Developer Summit in Amsterdam. Fun fact: One attendee decided to bike all the way from Poland to Amsterdam just to see us. I think he earned an extra stroopwafel for that.

How were we able to accomplish this amazing task while still getting our work done? Mostly because we had Casey stay home and do all the work for us while we were gallivanting around the world. Thanks, Casey! 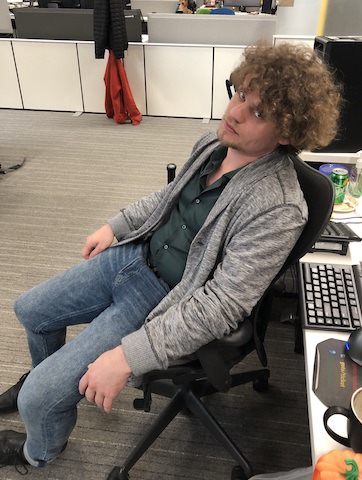 Sure, he looks sad and downtrodden, but deep down inside, he's really quite happy to be doing all of our work for us.

And some of our favorite moments didn't have anything to do with official work duties at all! Here's a few other highlights from Firebasers all around the world.

The San Francisco team continued its traditional annual observation of Take Your Pineapple to Work Day, because we believe it's important for all pineapples to discover their true potential. 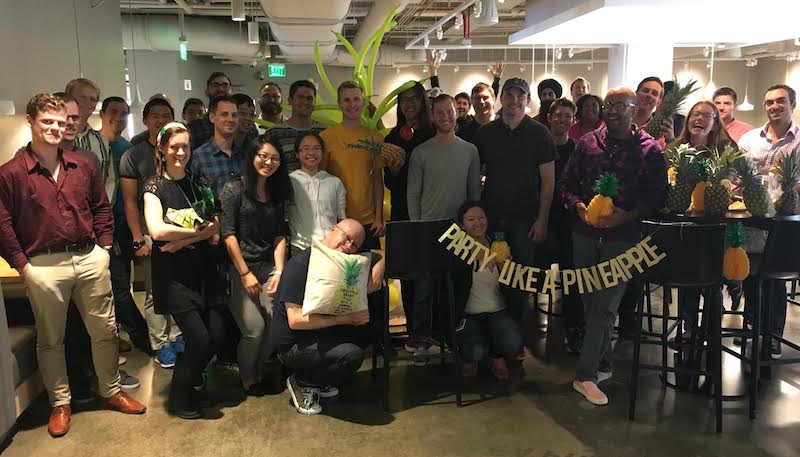 Sadly, most of their dreams were crushed by Piña Colada Day, which was scheduled for the following afternoon.

Firebase hosted its second annual hack week, where Firebasers from around the company worked on feature improvements or fun side projects using the Firebase platform. We saw a number of fun hacks, including a coffee shop kiosk, a video doorbell, and some nifty improvements that might make their way into Firebase security rules someday soon.

Sam Stern dressed as an elf. And somehow managed to still look intimidating. 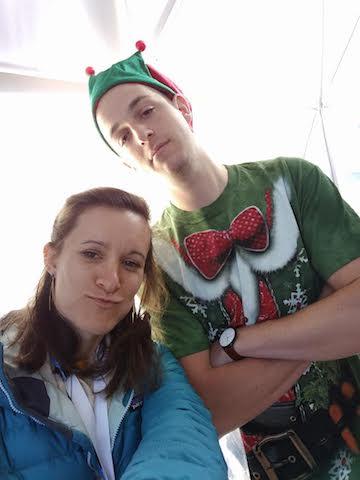 Amber from the Cambridge office had the privilege of hosting the Cambridge Women Techmakers conference and emceeing a panel with some of the area's top female entrepreneurs. 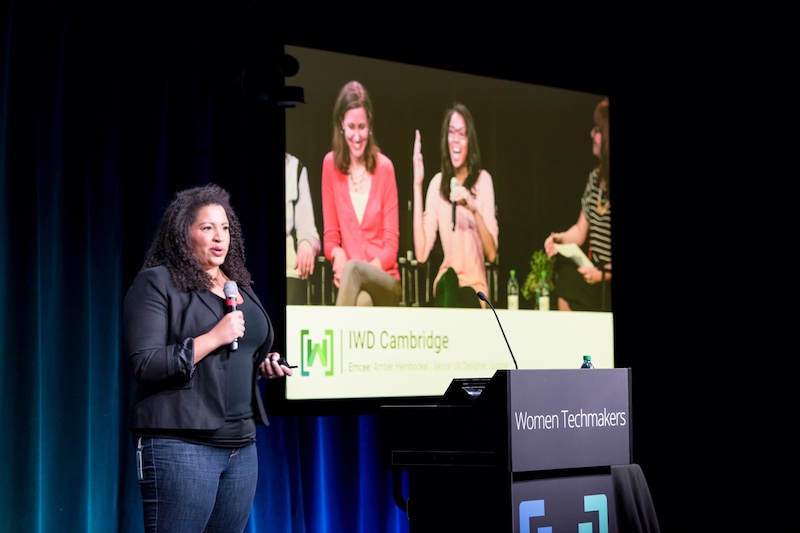 We all made it through the eclipse with minimal eye damage. 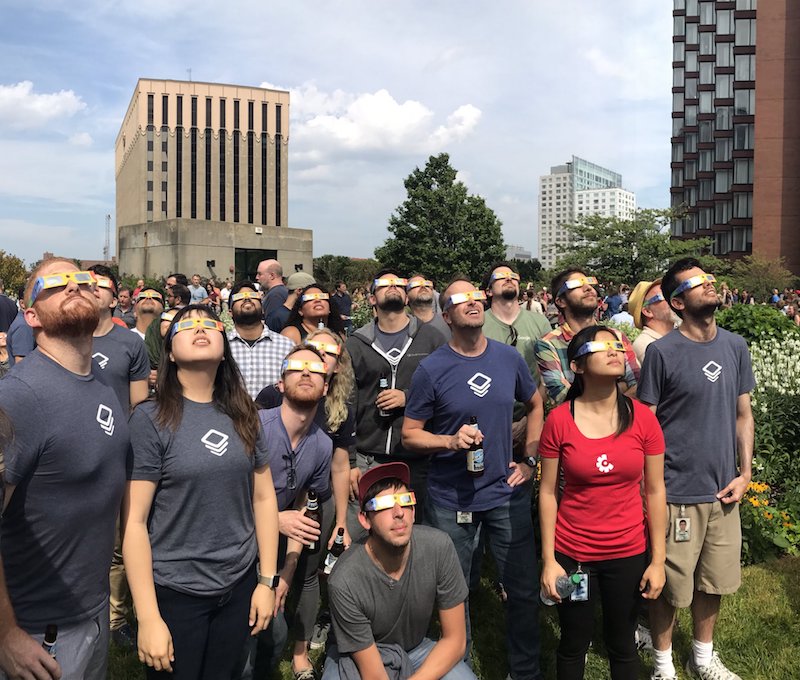 Speaking of which, Jake on the Fabric team also had a baby! So cute3! 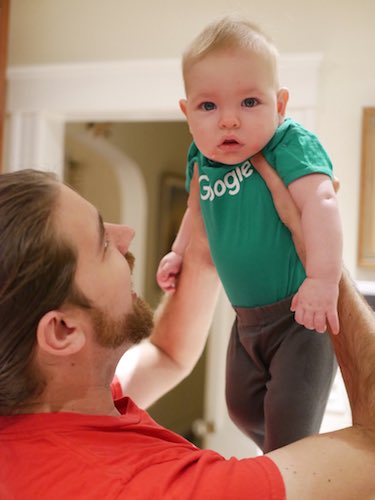 And Jake isn't alone. The folks in the Cambridge office had 7 babies total in 2017!

The Crashlytics and Performance Monitoring teams went to an offsite where they learned about street art and made a kick-ass Crashlytics logo. Because when you're building a crash reporting tool, the most important thing is to have street cred. 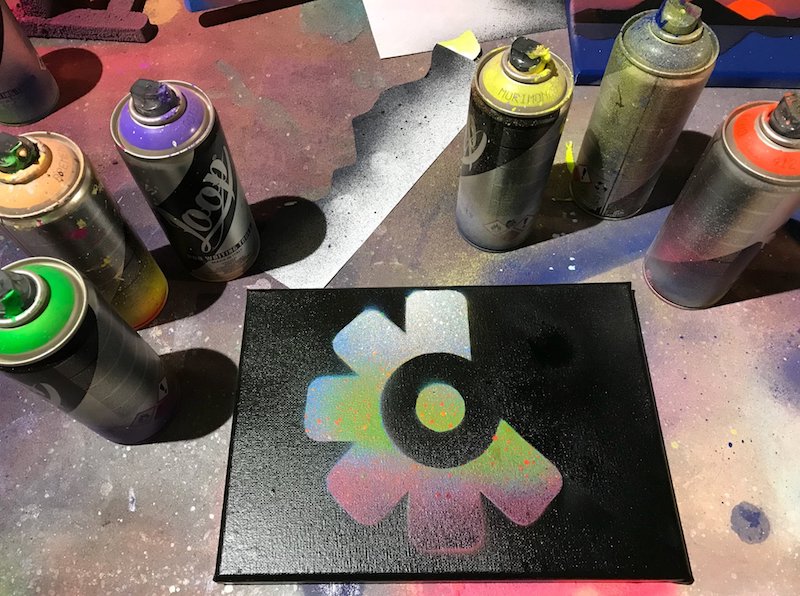 In cute animal news, the team in Cambridge got a new puppy, allowing us to meet our ambitious belly-rubs-per-employee goal for Q4. 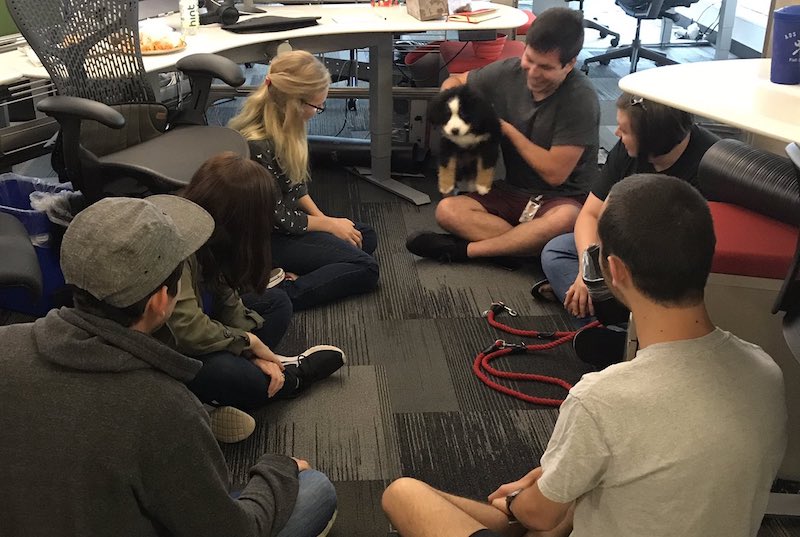 Abe rescued a stray kitten he found in an alley behind his house. He's hosting the kitten right now at his apartment, and while he claims this is only temporary, it's been that way for three months. So, to summarize: Abe adopted a new kitten and it's his forever. 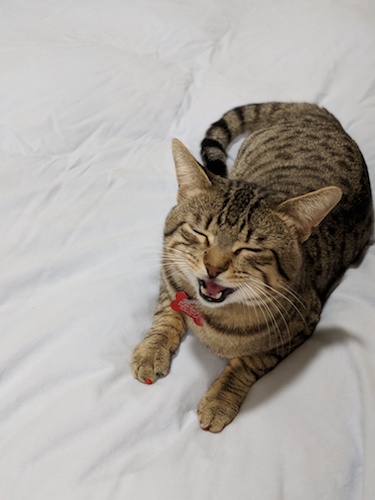 And Annum in Cambridge adopted Juno! Juno is a Maine Coon cat, which is generally known as the largest domesticated cat breed. 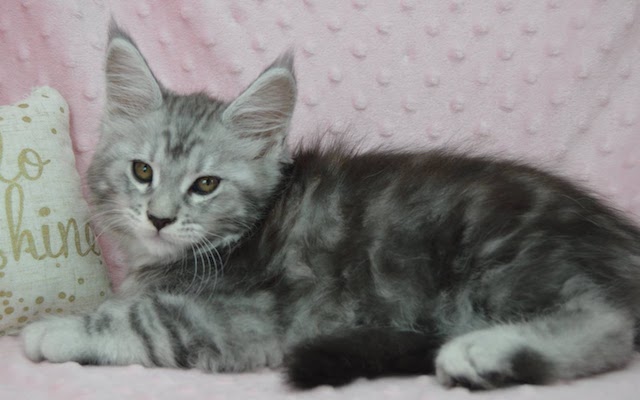 As a cat owner myself, I'm just going to say: Invest in some of those sticky pet-hair rollers. You'll thank me later.

Anit on the Crashlytics team, worked the Firebase tent at I/O and got married! He won't tell me which event was more exciting, but let's be honest; you don't get a cool "Staff" T-shirt at a wedding, amirite? 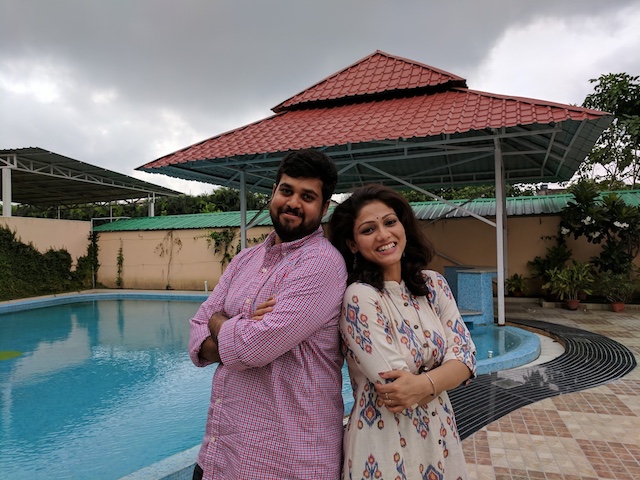 The Cloud Functions team built a fireplace in the office. Although after some discussions with the fire marshall, who's a total wet blanket4 when it comes to things like open flames, they had to settle with a video fire. 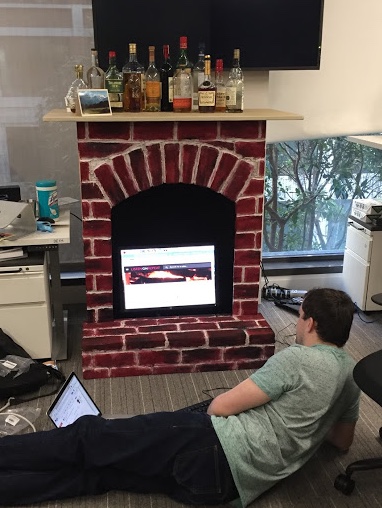 Rich shaved his beard for charity. I'm pretty sure he raised a dollar for each whisker shaved. 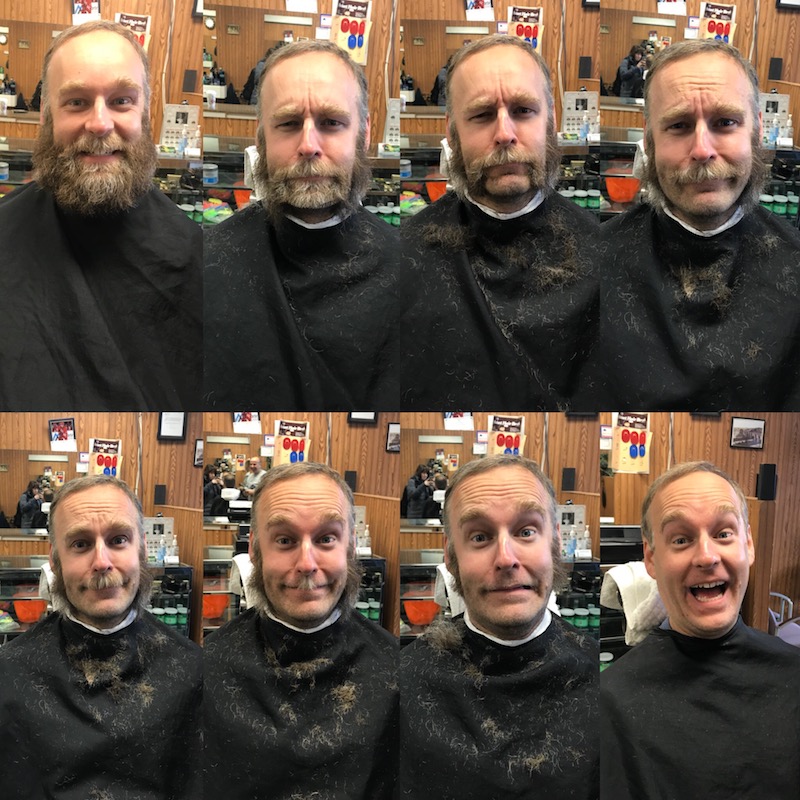 Firebase hosted its very own Gingerbread House contest. Along the way, we learned that gingerbread baked specifically for constructing houses is only slightly less tasty than actual drywall.

With that, most of us are taking several days off this holiday season to spend some quality time with family and loved ones. We look forward to starting up again in 2018 with renewed vigor and more ways for you to build successful apps.

Until then, we hope you take some time off as well to relax and recharge, and have a Happy New Year, from all of us on the Firebase and Fabric teams!