Which type of hacker are you?

As a Developer Advocate with the Firebase team, one of the fun things I get to do is travel around the world to talk about Firebase and run hackathons for developers. As I reflect on these experiences, it seems to me that the participants at these events have different reasons for being there, and different categories of project ideas.

If you read along here, I'll encourage you to think about which categories you belong to, or maybe you're in a category of your own! Then, after you're done, why don't you follow this link to Twitter polls where you can tell us how you fit in. I'm curious to see the results!

The first question I'd like to ask is this:

Why do you show up at hackathons? (take the poll)

I'm here for the prizes!

Of course, prizes are a pretty obvious motivator to participate in an event like a hackathon that can take all day and require some fairly difficult work. At DevFest Hamburg 2017 we ran a Firebase AppFest (that's a lot of fest-ing, yeah?) and I was surprised to see some fantastic prizes: 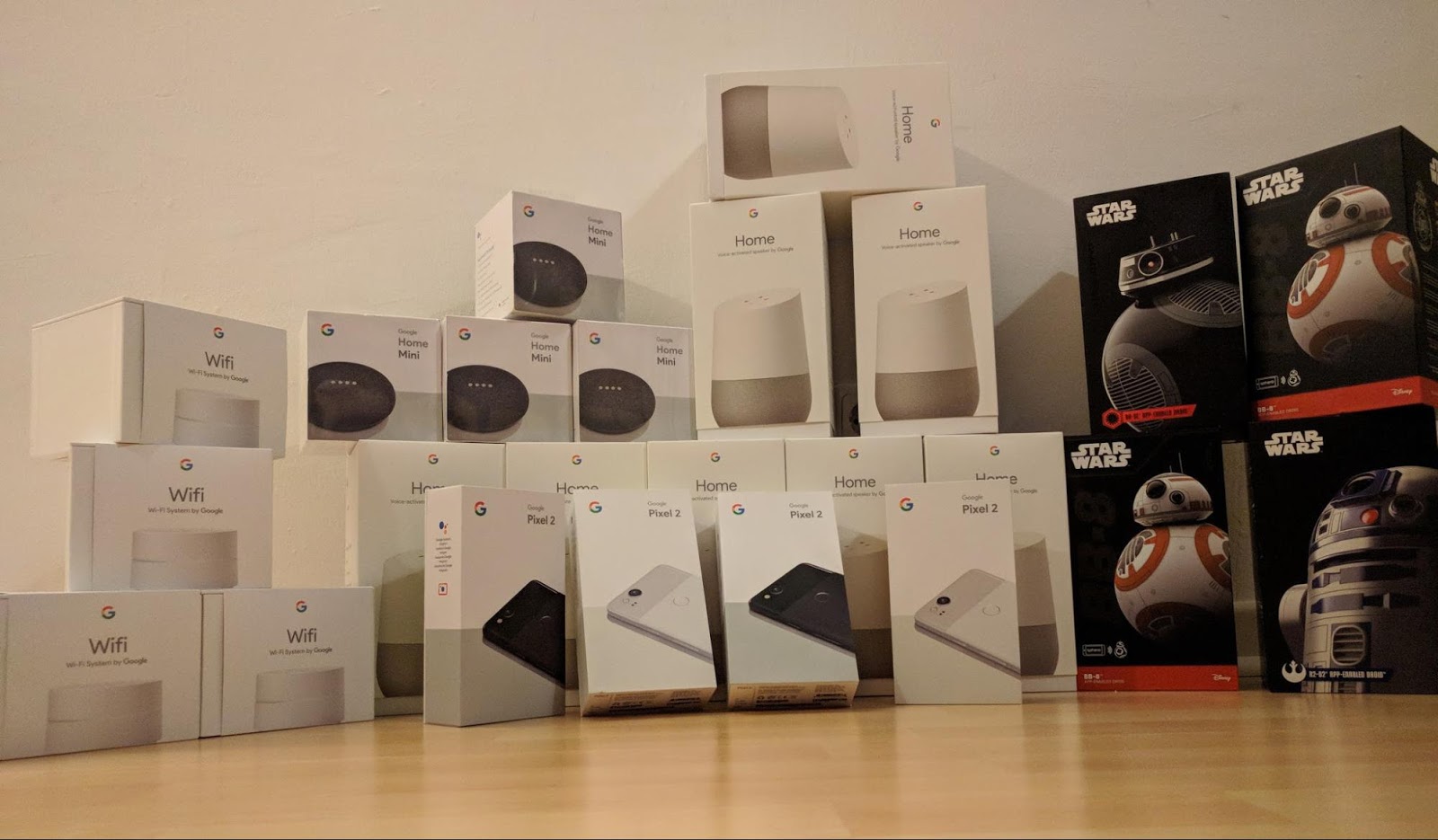 I'm looking at you, Pixel 2

The winning team at that event was ecstatic to win, I was told this was an especially big deal because the Pixel 2 was not available in their home country. So, kudos to that team, and enjoy your new phones!

Another motivator for participation in a hackathon is the opportunity to learn new technologies. These folks are not necessarily in it for the prizes - the reward is the knowledge and experience gained from working on a project idea with others. Firebase hackathons are indeed a great place to learn, because the Firebasers present at the event are effectively on-call to answer questions, and get folks unstuck with whatever problems might come up. At AnDevCon DC this year, we held a Firebase + Android Things hackathon, which was a great opportunity for participants to learn about two Google developer technologies at the same time. I was inspired by everyone's work on this, so I chose to work with Firebase on Android Things during our internal "Firebase Hackweek". This "doorbell" is what we made.

It turns out that we Firebasers also learn a lot from these events. If there's something unclear in the documentation, or some API doesn't work the way you'd initially expect, that becomes real and actionable feedback that we can take to the product teams to further improve the developer experience. And that's something we take seriously.

I'm here to build with friends!

It comes as no surprise to me that spending time with friends on a shared experience is the only reason you might need to show up at a hackathon. I saw a lot of this at SM Hacks, an event for high school students. I saw many teams there simply enjoying each other's company while figuring out what to build and how to build it. So many fun and goofy hacks came out of that!

Now here's the second question I'd like to ask. It's about how you choose what you want to work on.

Which type of hacker are you? (take the poll)

This might be the most common type of hacker I've seen. Personal hackers build things that they would like to use themselves. I fall squarely into this category most of the time. The main reason I got into mobile development was the idea of programming the little computer in my pocket that I carry around with me everywhere, making it do things that are useful to me.

Some of the useful hacks I've seen powered by Firebase are a chord transposer, a to-do manager, and a medication reminder app.

If you see a need in the world for a specific kind of app, then I'll call you an "opportunity hacker". I saw this a lot in Manila where we conducted a hackathon for the Firebase support staff. Many of the teams focused on very practical, real-world needs, and built an order-ahead food app, reward points trackers (two teams did this!), and a hardware inventory tracker. These are ideas that could live beyond the end of a hackathon, and become actual services that earn money.

Technical hackers like projects that explore connections between technologies and solve known technical problems in new ways. Probably the best example I've seen of this was the winning project at the Bangkok Firebase AppFest - a Kotlin chatbot that lets you type Kotlin code into it, it evaluates the code using a Google Cloud backend, and sends back the response. I'm not sure I would have ever been able to come up with that idea!

If you like creating games or apps for entertainment purposes, you're probably a "fun hacker" by my reckoning. I used to work at a game company, and their hackathons were (of course) totally dominated by games of all varieties. There was one particularly memorable (for me) project in Bangkok where someone used Cloud Functions to progressively un-blur an image of either myself or Sheldon Cooper, and you had to guess which of us was in the picture. That day, I learned that I kinda-sorta look like Sheldon Cooper.

Get out there and hack!

To be honest, I used to dislike the idea of a hackathon because I always felt "dirty" about writing what feels like mostly terrible code to get something done quickly. I've always been a big fan of processes like Test Driven Development that yield high code quality, at the expense of some extra time up front. But my experiences with Firebase suggest there is a place for quick hacks alongside disciplined software engineering. And it can be fun and rewarding!

So, what motivates you to go to a hackathon? And what type of hacker are you? Click those links to take a poll on Twitter and let me know!