How to set up a campaign with Firebase In-App Messaging

As an app developer, getting users to stay with your app is one of your biggest challenges. While OS-level notifications are a great way to remind users to return to your app, they can get lost in a sea of notifications from other apps.. If you want to tell your customers about, say, some new power-up that's for sale in your in-app store, wouldn't it be better to tell them about it when they've started up your game, or completed a level, rather than when they're driving to work?

With that in mind, we recently released the latest product to help you grow your app: Firebase In-App Messaging. With In-App Messaging, you can now engage users who are actively using your iOS or Android app by sending them targeted, personalized, and contextual messages. These notifications nudge users toward important in-app actions, such as subscribing to your newsletter, watching a video, or buying an item.

You now have the flexibility and control to set-up in-app messages in a variety of formats and trigger them based on user behavior. I'm going to walk you through just one example of the many ways you can utilize Firebase In-App Messaging. I've already set up my app to be able to receive messages by following the instructions in the Getting Started guide.

Let's say that I have a social media app that's all about posting pictures of cats. I've recently launched a new sharing feature that I want to tell my users about. 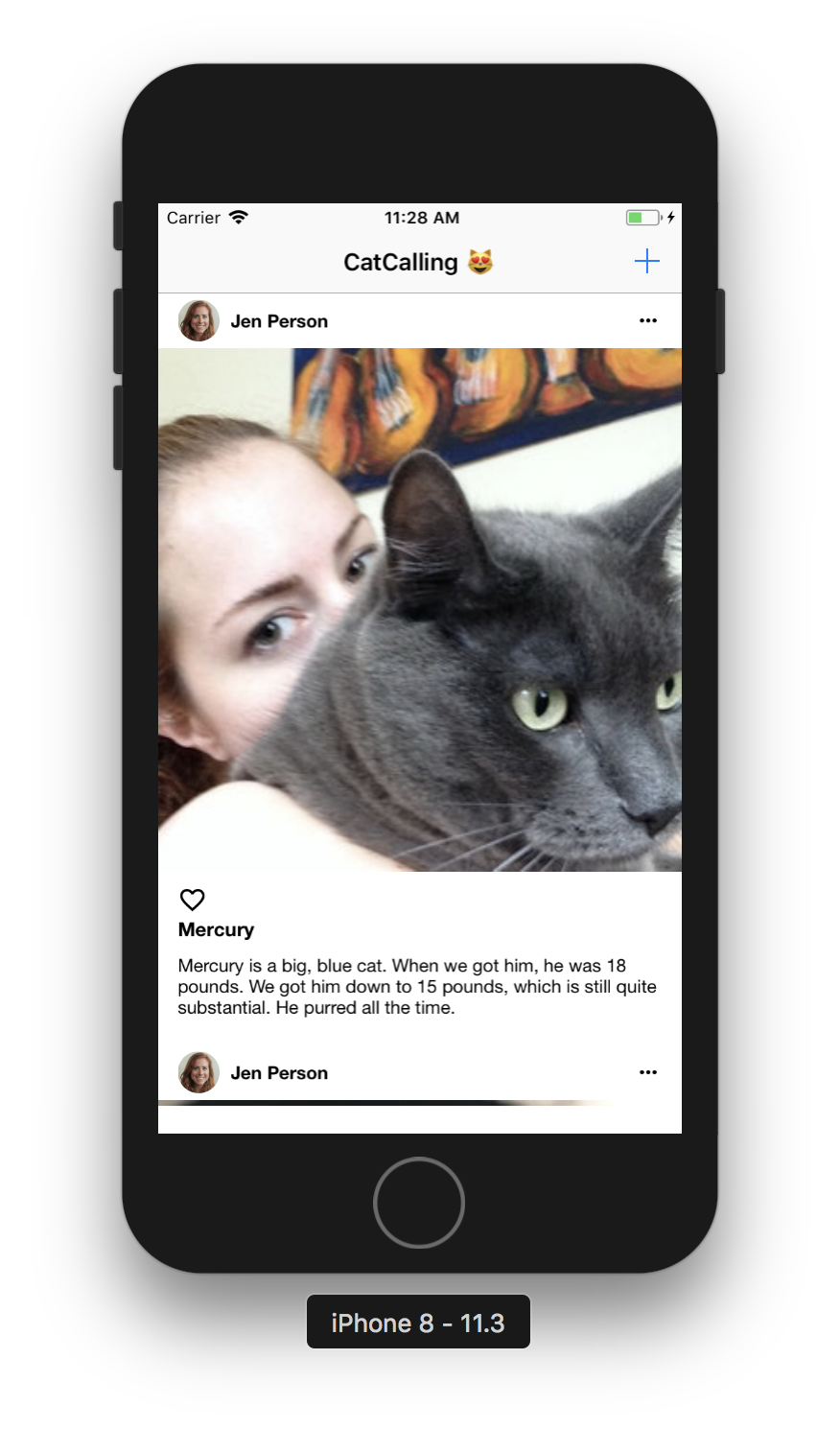 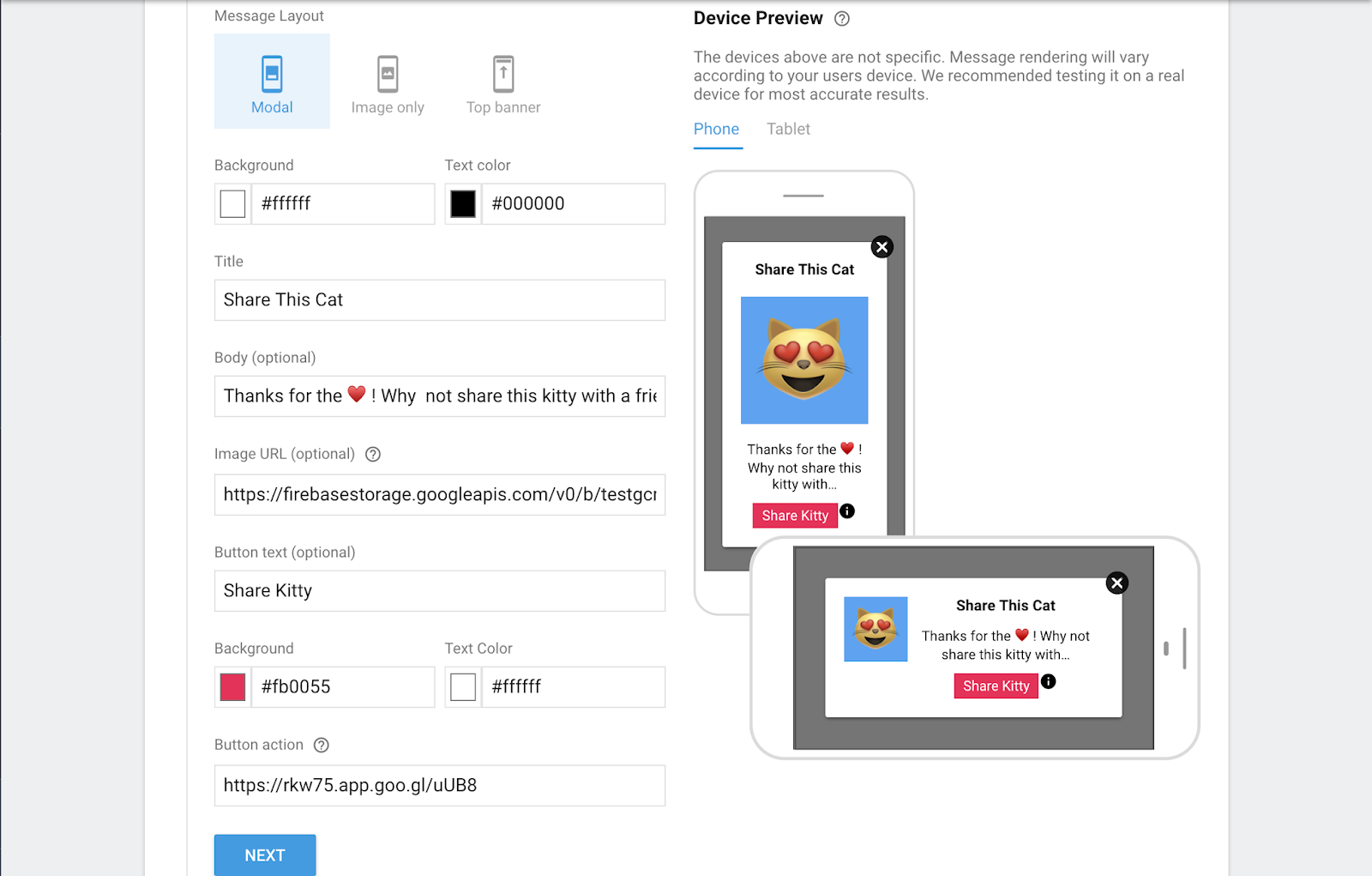 In the console, I've selected an image and button color that align with the look-and-feel of my app. I have also included a button action, which, in my case, will bring up the sharing dialog in the app, so my users can easily start sharing their favorite photos. 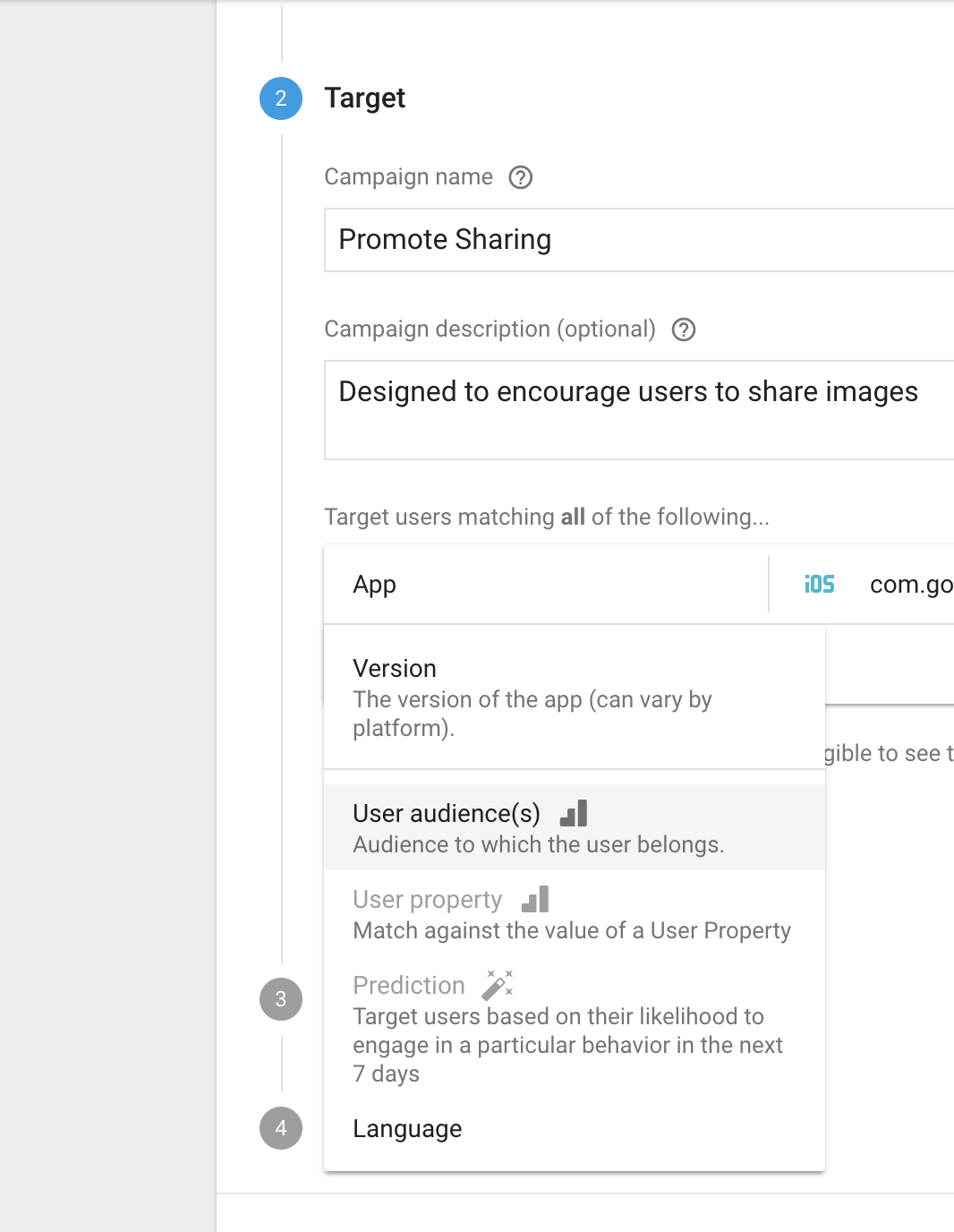 With In-App Messaging, you have multiple options for targeting messages, allowing you to tailor messages to the groups you want to reach. You can select all users of the app, users from specific Google Analytics audiences, users matching given properties, or users who Firebase Predictions believes will participate in a behavior in the next seven days. In my case, I am selecting all users.

With the scheduling feature, I can decide when this dialog will appear in my app. While I could use Firebase In-App Messaging to show a message to my users when they first start up the app, I'm going to make my campaign more targeted and relevant by showing this message only to my users after they like (or "paws-up") their first photo. 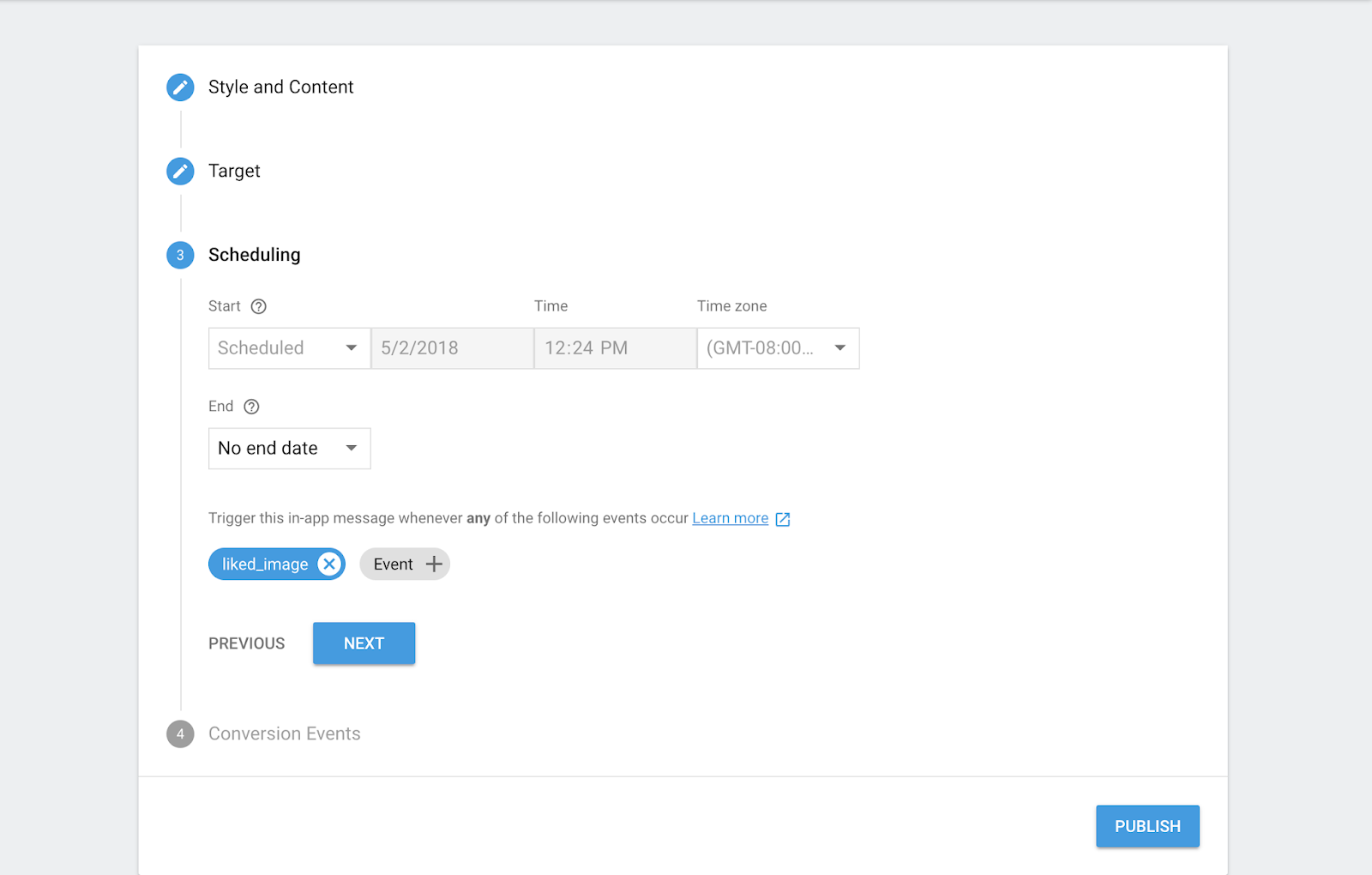 I also have the option to set a start and end date for my campaign, in case I'm running a seasonal promotion.

Finally, you can select a conversion event, which is the measurement you would use to determine if the campaign is successful. In my case, I'll be tracking whether or not a user has successfully shared an image. 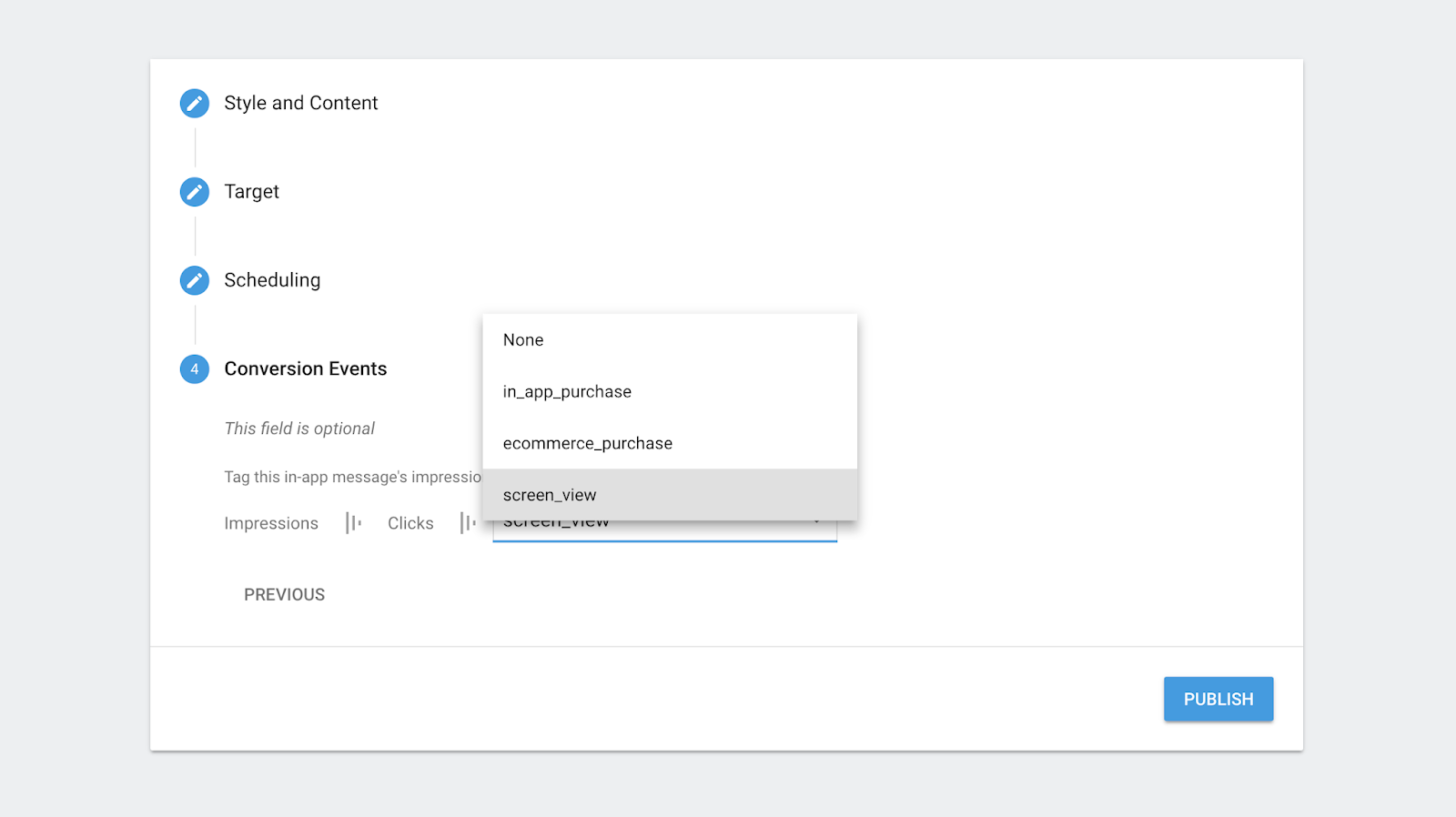 The chosen conversion event is tracked in the Firebase console, like the chart below.

As the campaign continues, I can track impressions, button clicks, and conversions. I can also edit the campaign, allowing me to test changes that may improve the conversion rate. 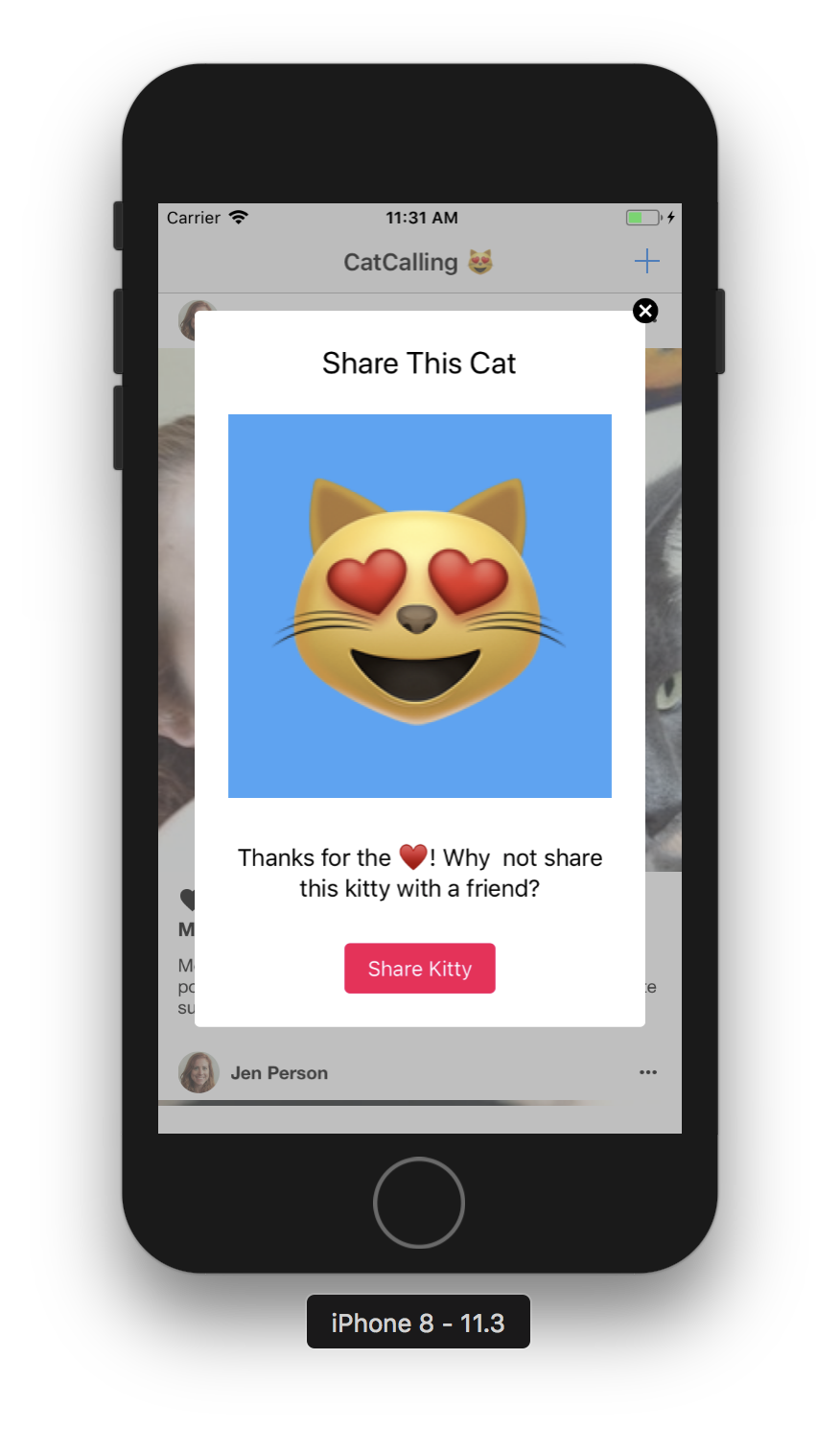 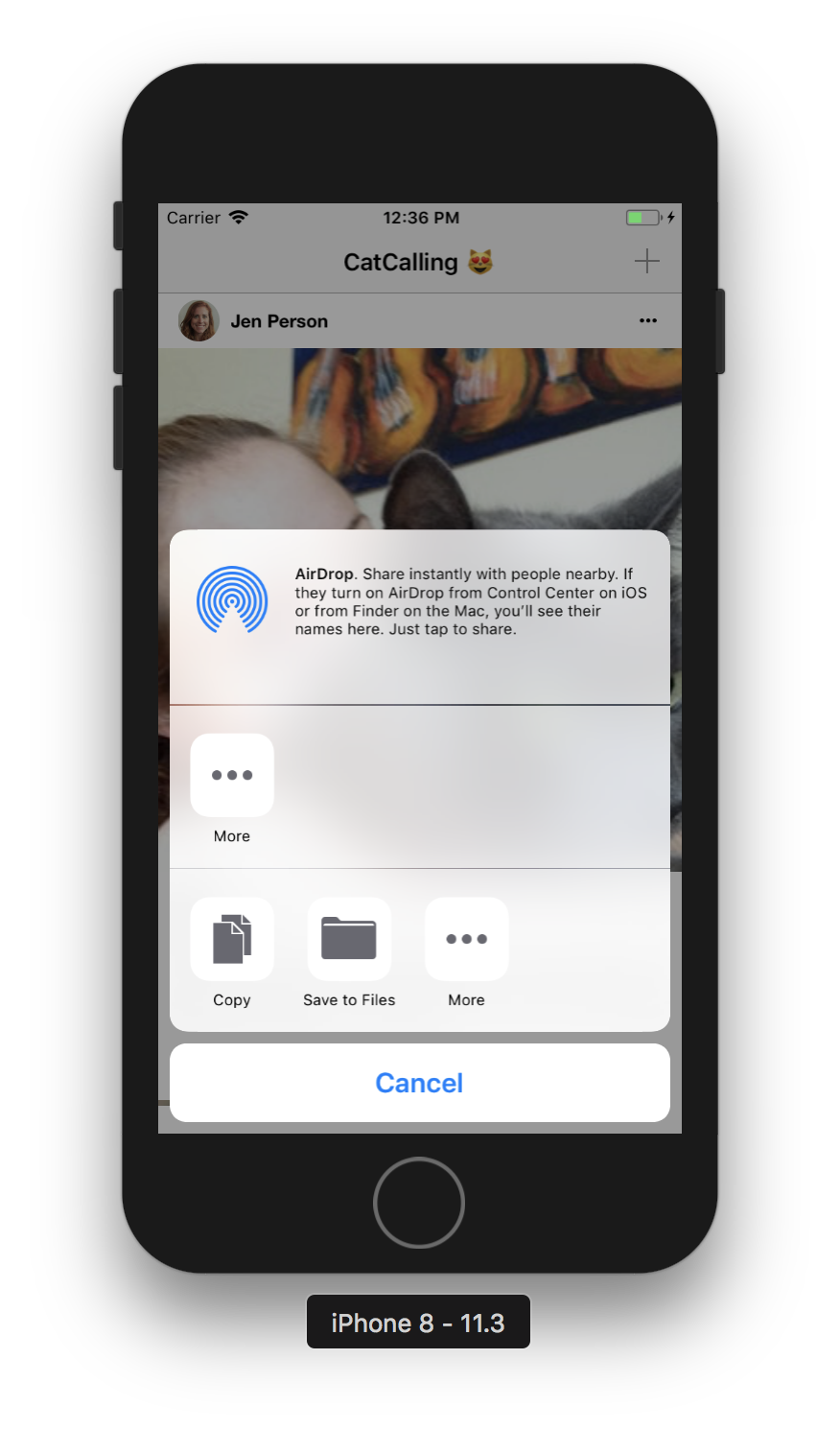 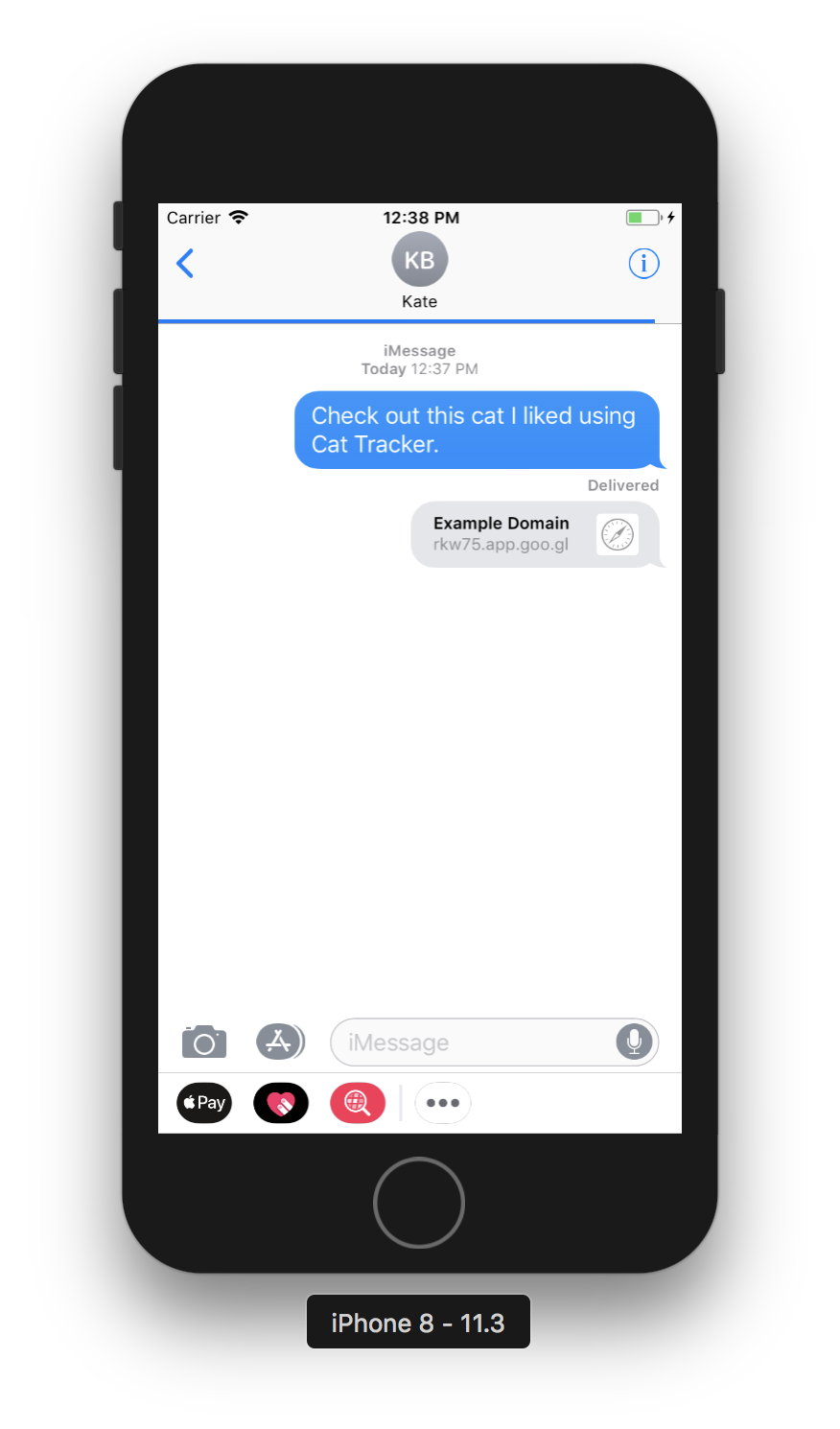 This is just one example of how In-App Messaging can promote conversion. It can also be used to highlight a sale or coupon within an ecommerce app, inform users of terms of service updates, or showcase new features. A guiding light within an app, Firebase In-App Messaging encourages app exploration and discovery, increases session time, and spurs conversions. For more examples, check out our blog announcement!

Ready to dive in? Get started today by checking out the documentation:

Have a cool use case for Firebase In-App Messaging? Share it with me on Twitter at @ThatJenPerson. I can't wait to see the campaigns you build!