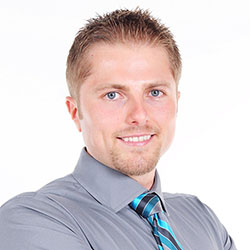 Real estate investing is a fantastic way to build a stream of passive income and grow your wealth. Numerous studies have pointed out that real estate investing has created more millionaires throughout history than any other form of investing (like this one and this one). So why don't more people do it?

I asked myself this very question a few years ago after talking to a group of friends about the success I've had with real estate, and listening to their reasons why they think it's out of their reach.

A common theme among them was that they viewed it as something too difficult to learn and master. There were too many steps, the learning curve was steep and there was a lot of room for mistakes for somebody just starting out, especially when analyzing the financial performance of potential investment properties.

Traditionally, most investors used spreadsheets to do the math - which works only if you know what and how you're calculating something. But if you don't know that, it's very easy to make mistakes and overlook things. And no one wants to make mathematical errors before a huge purchase like an investment property.

Where do I even begin?! And that's when I had the idea to build DealCheck – a cloud-based, easy-to-use property analysis tool for real estate investors and agents. I wanted to create a platform that would help new investors learn the ropes and avoid costly mistakes, but at the same time provide the flexibility to perform more advanced analysis with a click of a button.

The Challenges of Solo Development

I was working as a front-end engineer at the time, so I knew I could build the UI myself, but what about the back-end, data storage, authentication, and a bunch of other things you need for a full-functioning cloud app?

I didn't know anybody I could bring on as a co-founder, so I set out to research what technologies and platforms I could leverage to help me with the back-end and server infrastructure.

Firebase kept popping up again and again and I began to look at it in more detail. It was then recently acquired by Google and its collection of BaaS (backend-as-a-service) modules seemed to offer the exact solution I needed to build DealCheck.

I was especially impressed with the documentation for each feature and how well all of the different technologies could be tied together to create one unified platform.

It wasn't long before I signed up and started building the first MVP of the app.

As the only developer on the project, I had limited time and resources to spend on building the back-end, so I set out to use every Firebase feature that was available at the time to my advantage.

My goal was actually to write as little server-side code as possible and instead focus on leveraging the different Firebase modules to solve three specific challenges:

The first one was authentication and user management. DealCheck's users needed the ability to create their accounts so they can view and analyze properties on any device (more on that later). I wanted to have the ability to sign in with email, Facebook or a Google account.

Firebase Authentication was designed specifically for this purpose and I used it to handle pretty much the entire authentication flow. Out-of-the-box, it has support for all the major social networks, cross-network credential linking and the basic account management operations like email changes, password resets and account deletions.

There was no server-side code required at all – I just needed to build the UI on the front-end.

And as an added benefit, Firebase Authentication ties directly into the Realtime Database product to create a declarative permissions and access control framework that's easy to implement and maintain. This helped me make sure user data was protected from unauthorized access, but also facilitate data sharing among users.

Next up was data storage. I knew that I wanted DealCheck's users to be able to use the app and analyze properties online, on iOS and Android. So I needed a real-time, cloud-based database solution that could sync data across any device.

Syncing data across web and mobile is not easy!

Firebase Realtime Database is a NoSQL, JSON-based database solution that was designed exactly for this purpose, and I was actually surprised how great it worked. I used the official AngularJS bindings for Firebase on the front-end to read and write to it directly from the client.

I had to do some extra work on mobile to implement an offline mode with syncing after reconnections, but all-together the code required to make everything work was minimal.

As I mentioned, Firebase Authentication tied directly to the database to facilitate access control, so I really didn't need to do anything extra there. And I was able to set up automatic daily backups of all the data with a click of a button.

Up to now, I had written exactly 0 lines of server-side code and everything was handled by the client directly. As DealCheck's development progressed, however, I knew that I would need a server to handle some operations that could not be done in the client.

I wasn't very experienced with server maintenance and DevOps, but fortunately the Firebase Cloud Functions product was able to solve all of my needs. Cloud Functions are essentially single-purpose functions that can be triggered (or executed) based on a specific HTTP request or events coming from the Authentication, Realtime Database or other Firebase products.

Each function can be run once based on a specific event trigger to perform its prescribed task. You don't have to worry about provisioning a server instance or managing load – everything is done automatically for you by Firebase.

What's even cooler, is that Cloud Functions can access the Realtime Database and Cloud Storage buckets of the same project, performing operations on them server-side, as needed.

Bringing in sales comparable data from third-party providers into DealCheck.

Cloud Functions became the “glue” that tied the entire back-end infrastructure together.

Growing from an MVP to 100,000 Users with Firebase

The first version of the DealCheck app was built and launched in less than 5 months with just me on the development team. I definitely don't think that would have been possible without Firebase powering the back-end infrastructure. Maybe the project wouldn't have ever launched at all.

While Firebase is awesome for quick MVP development, it's definitely designed to power production applications at scale as well. As DealCheck grew from a small side-project to one of the most popular real estate apps with over 100k users, all of the Firebase products that we use scaled to support the increasing load.

Moreover, the fantastic interoperability of all Firebase modules allows us to develop and release new features much faster because of the reduced coding requirements and ease of configuration.

So next time you're looking to build an ambitious project with a small team – take a look at how Firebase can help you reduce development time and provide a suite of powerful tools that scale as your business grows.

This is exactly how DealCheck grew from a simple idea to make property analysis easier and faster, to an app that is helping tens of thousands of people grow their wealth and passive income through real estate investing. It's a truly awesome and fulfilling experience to see your work positively impact so many people and it wouldn't have been possible without Firebase.