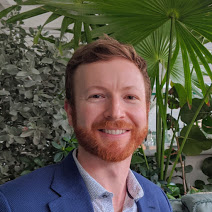 Getting your internal team to run the most recent pre-release build of your app is critical to receiving feedback on the latest features you’re getting ready to ship. However, testers receive a lot of emails on a daily basis and sometimes miss out on an email notification about a new build. This means your testers might be running old builds and sending you bug reports for an issue that’s already been fixed.

With the App Distribution iOS SDK, open sourced and available today, testers receive in-app alerts when a new build is available. Right from your test app, testers can install the update and quickly start running the latest build.

Like App Distribution, the iOS SDK was built with flexibility top-of-mind, giving you the option to customize the full user experience to make it feel like a natural extension of your app.

We’ve been working with a number of companies over the past few months, incorporating their feedback and understanding how they’re using the App Distribution iOS SDK. Twitter, who had previously used a similar feature with Fabric’s Crashlytics Beta, has integrated the SDK into their nightly builds to make sure testers can easily access the latest update. We sat down with Twitter iOS engineer, Mateusz Dzwonek, to learn more about their experience:

Why did the Twitter Release Team decide to use the Firebase App Distribution iOS SDK?

One of the main goals for our Twitter employee app is to catch bugs before they go to the public Twitter app. We always try to make it as easy as possible for people to install and update this app to the latest version, but it can get out of date pretty quickly with how often we ship new versions. In the past, we relied on sending emails to have our users update the app, which put the burden on the user to always keep up with it. But thanks to the Firebase App Distribution SDK, we were able to simplify the process by showing users if they are on the latest version and allowing them to update from the app instead of having to click on a link in an email.

How did the team use the Firebase App Distribution iOS SDK to improve your testing release process?

Before Firebase, we would check if the user was on the latest version and if not, we’d display a prompt that started an immediate update. We know that most of our users launch the app to complete a specific task, and forcing them to close the app to update it can be frustrating. So one of the most important features we were able to add to our app was a new and improved update mechanism which was possible with the Firebase App Distribution SDK. Now we’ve added an option to install the update when they close the app, and it has reduced the amount of time it takes for the latest version to reach the majority of users by nearly 20%.

We hope Twitter’s success story highlights the importance of improving your tester’s experience by giving them the flexibility to install your latest pre-release versions right from your test app. We’re excited to hear about how other companies use the App Distribution iOS SDK as part of their internal testing workflow. To get started, check out our docs to set up in-app build alerts. Happy testing!