For most developers, building an authentication system for your app can feel a lot like paying taxes. They are both relatively hard to understand tasks that you have no choice but doing, and could have big consequences if you get them wrong. No one ever started a company to pay taxes and no one ever built an app just so they could create a great login system. They just seem to be inescapable costs.

But now, you can at least free yourself from the auth tax. With Firebase Authentication, you can outsource your entire authentication system to Firebase so that you can concentrate on building great features for your app. Firebase Authentication makes it easier to get your users signed-in without having to understand the complexities behind implementing your own authentication system. It offers a straightforward getting started experience, optional UX components designed to minimize user friction, and is built on open standards and backed by Google infrastructure.

Implementing Firebase Authentication is relatively fast and easy. From the Firebase console, just choose from the popular login methods that you want to offer (like Facebook, Google, Twitter and email/password) and then add the Firebase SDK to your app. Your app will then be able to connect securely with the real time database, Firebase storage or to your own custom back end. If you have an auth system already, you can use Firebase Authentication as a bridge to other Firebase features.

Firebase Authentication also includes an open source UI library that streamlines building the many auth flows required to give your users a good experience. Password resets, account linking, and login hints that reduce the cognitive load around multiple login choices - they are all pre-built with Firebase Authentication UI. These flows are based on years of UX research optimizing the sign-in and sign-up journeys on Google, Youtube and Android. It includes Smart Lock for Passwords on Android, which has led to significant improvements in sign-in conversion for many apps. And because Firebase UI is open source, the interface is fully customizable so it feels like a completely natural part of your app. If you prefer, you are also free to create your own UI from scratch using our client APIs.

And Firebase Authentication is built around openness and security. It leverages OAuth 2.0 and OpenID Connect, industry standards designed for security, interoperability, and portability. Members of the Firebase Authentication team helped design these protocols and used their expertise to weave in latest security practices like ID tokens, revocable sessions, and native app anti-spoofing measures to make your app easier to use and avoid many common security problems. And code is independently reviewed by the Google Security team and the service is protected in Google’s infrastructure. 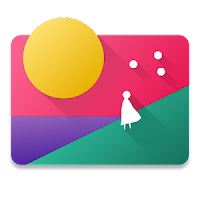 Fabulous uses Firebase Authentication to power their login system. Fabulous is a research-based app incubated in Duke University’s Center for Advanced Hindsight. Its goal is to help users to embark on a journey to reset poor habits, replacing them with healthy rituals, with the ultimate goal of improving health and well-being.

The developers of Fabulous wanted to implement an onboarding flow that was easy to use, required minimal updates, and reduced friction with the end user. They wanted an anonymous option so that users could experiment with it before signing up. They also wanted to support multiple login types, and have an option where the user sign-in flow was consistent with the look and feel of the app.

**"I was able to implement auth in a single afternoon. I remember that I spent weeks before creating my own solution that I had to update each time the providers changed their API" - Amine Laadhari, Fabulous CTO. 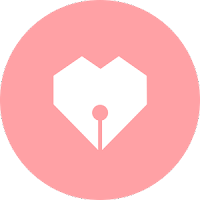 Chu-Day is an application (available on Android and iOS) that helps couples to never forget the dates that matter most to them. It was created by the Korean firm Malang Studio, that develops character-centric, gamified lifestyle applications.

Generally, countdown and anniversary apps do not require users to sign-in, but Malang Studio wanted to make Chu-day special, and differentiate it from others by offering the ability to connect couples so they could jointly countdown to a special anniversary date. This required a sign-in feature, and in order to prevent users from dropping out, Chu-day needed to make the sign-in process seamless.

Malang Studio was able to integrate an onboarding flow in for their apps, using Facebook and Google Sign-in, in one day, without having to worry about server deployment or databases. In addition, Malang Studio has also been taking advantage of the Firebase User Management Console, which helped them develop and test their sign-in implementation as well as manage their users:

For more about Firebase Authentication, visit the developers site and watch our I/O 2016 session, "Best practices for a great sign-in experience."