Multiplying the Power of Firebase Storage 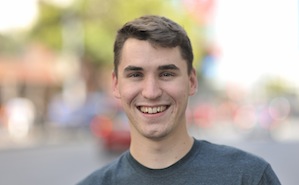 Since the initial release of Firebase Storage at Google I/O 2016, we've been happy to see mobile app developers make use of its scalable, secure, and robust file storage to power their apps. Hundreds of thousands of developers have created buckets, and we serve hundreds of millions of requests for photos, videos, audio, and other rich media every day.

But we're not done yet: we have a few more features lined up that will make it faster and easier to store and share your app's content.

Use multiple buckets in your projects

After our launch at I/O '16, Firebase projects were limited to a single bucket, located in the United States. With our announcement at Google Cloud Next '17, any Firebase project on the Blaze payment plan can now create buckets in any of the regions and storage classes supported by Google Cloud Storage. This enables some powerful use cases:

Creating new buckets in the Firebase Console is easy: just select the location and storage class and give it an easy-to-remember name!

Link existing buckets to your projects

Because every Firebase project is also a Google Cloud Platform project, you can easily use any existing Cloud Storage buckets directly with Firebase SDKs for Cloud Storage. This means your mobile and web apps can access data in your buckets without having to do an expensive data migration. This is a useful feature for existing apps looking to modernize by integrating Firebase.

Linking your existing bucket to Firebase is easier than creating a new one: just select the bucket you want to import, configure your security rules to allow access, and start using the bucket directly from your app.

At Google Cloud Next '17 we also announced Cloud Functions for Firebase, which enables developers to write code that responds to events in Cloud or Firebase features. Cloud Storage for Firebase integrates well with that, allowing you to trigger code when a file is uploaded, changed, or deleted from a storage bucket. This powerful mechanism enables developers to build new functionality on top of their project storage, such as automatically converting images, generating thumbnails, moderating images with the Google Cloud Vision API, and extracting metadata. Previously, these tasks would have required maintenance of a custom backend, but now, Cloud Functions makes it easy to automate by deploying code with a single command line.

You can continue to use the existing Firebase SDKs for Cloud Storage on iOS, Android, JavaScript, C++, and Unity, knowing that your data is stored on the same infrastructure that powers Snapchat, Spotify, and Google Photos. And if you want to access data from Cloud Functions or your own server, you can always use the Cloud Storage server SDKs.

We think you're going to love the expanded Cloud Storage for Firebase. When you're building your next app with us, reach out on Twitter, Facebook, Slack, or our Google Group and let us know how it's going. We can't wait to see what you build!