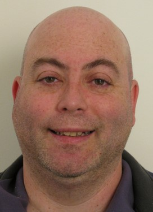 The API itself consists of two calls: one to retrieve the current set of Remote Config values from the console, and another to set them. And to be clear, these are designed only for the purpose of setting remote config values without going through the Firebase console. If you want your clients to retrieve these values, they should do so through the native mobile client SDKs.

With this new API, you have the ability to make Remote Config more useful for your team, by creating in-house tools that incorporate specific logic that would be impossible to do from the Firebase console alone. Some examples include:

...and you've probably got a great idea or two we haven't even thought of yet.

The REST API is available starting today for anybody who wants to use it with their project, so give it a try! As always, if you have any questions about the REST API, or just want to show off some fun new tool you've built, please contact us in the Firebase Talk group, or on Stack Overflow.